No descriptions on these hands, no commentary from me. I'm just posting hands.

Ok, so in the above example S3 blows a 2 point march by not giving his P want he wants after trumps already been led: Boss leads boss leads boss leads. Now here's another example where S3 again fails to give his P what he wants--that critical boss lead--and his team gets euchred becuz of it. 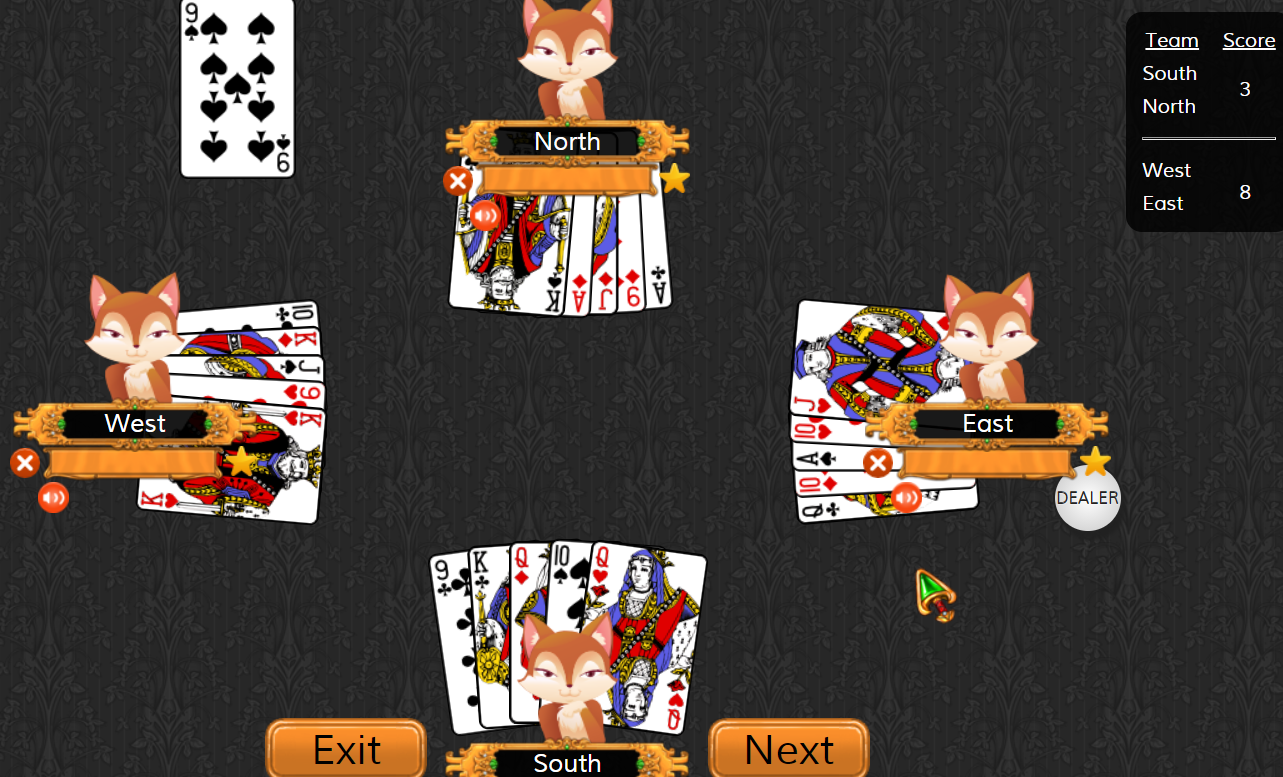 Trump has already been led, and on trick 3, S3 has a boss lead to give to his P that would've allowed his P to throw off a loser and force out an enemy trump. This would've enabled S3's team to eke out a point. Instead S3 incorrectly leads a non-boss fresh suit card, and his team gets euchred. A bad lead that creates a negative 3 point swing.

BTW the concept being addressed in this thread is absolutely critical if one wants to succeed in tough games. What is being talked about here are not minor or subtle mistakes. These are huge fundamental mistakes that need to be cleaned up.
Top

I agree Wes it is very critical. It's the difference between making a march, making a point, or scoring a euchre vs the opponents. Or worse getting euchred yourself.