"Rules were meant to be broken"

The one thing I like about playing on-line at hardwood euchre is you have to ability to go back and replay the games. It's always a pleasure to watch the top players in battle. For motivated players, this is also a great learning tool.

Once again, we are going to step beyond the box and see what happens. Most of us have been told never to lead trump when the opposition bids. However, it's just another guideline. Look at the following example where the players ignore the rule, not once but twice. 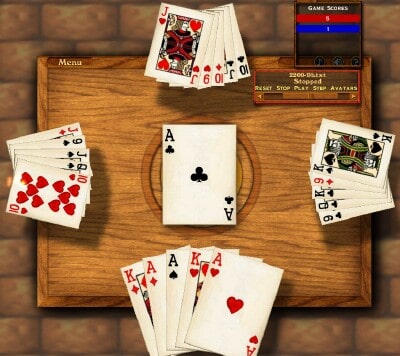 In the above hand, the dealer is in the West seat. Their partner(E), holding three Clubs, orders the dealer to pick up the ace of clubs. 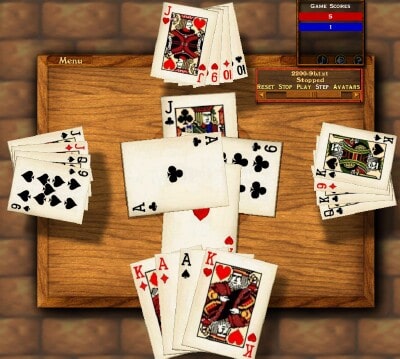 Under normal circumstances, leading the right just helps the opponents make their bid. There will be times when the opposite is true. This is where a player just has to trust a gut feeling. In this example, North senses the call is weak and decides to start the hand by leading the right. East plays the 9 of Trump. West plays the ace of trump. Note that South gives their partner(N) their partner a lead-back suit of hearts by playing the ace of hearts.

BTW, A better play for West would have been to use the left and show his partner, the maker(E), he still held the trump ace that he picked. (South understood this play, West didn't) 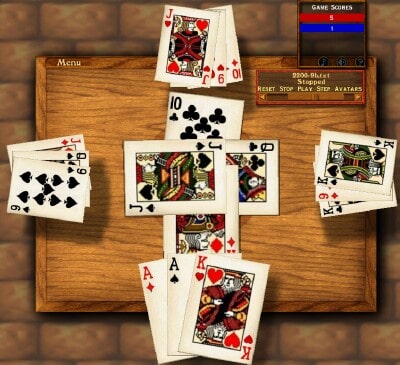 So far, there are three trump played. After seeing his partner was void in trump, he decides it is best to lead trump a second time. The thought process here is to remove as many trump as possible and hope his partner in South has a hand full of aces. Some of you may question this second lead, but think about this. He had sensed the call was weak and none of the aces are in his hand. Is it possible his partner has them? West takes the trick using the left. With this second lead of trump there are now six trump gone. 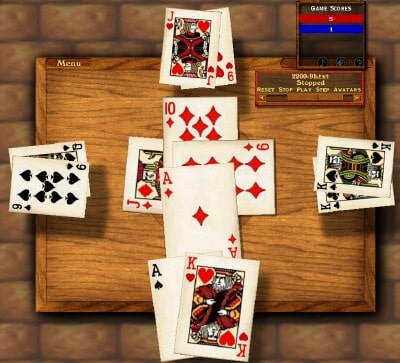 With his trump gone, West randomly leads the jack of diamonds. His team's only hope now is that the maker(E) has aces. 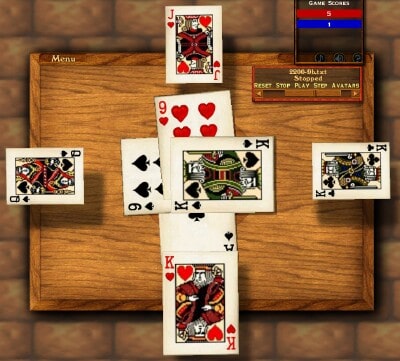 Not this time as South did hold the aces. South takes the trick with the ace of diamonds and leads back the ace of spades for the euchre.

Making points on a block

If you have been playing euchre for a while, you may remember a time when 'blocking' was unheard of. Today, blocking is commonplace and not only used at scores or 6 or 7 to 9, but used any time you have a large lead. Blocking is a way to protect that lead. Two lones could push a team that is down by seven points into the winners circle. (BTW, blocks are only called from the first seat.)

The dealer is in the West position and just turned up the jack of hearts. North, holding only a useless 9 of hearts with no possible way to stop a lone, orders the right into the dealer's hand.

When calling a block, the best possible lead is a trump. Even though you are expecting to be euchred, there is always that possibility your partner holds a strong hand in trump. Knowing this North starts the hand by leading the 9 of hearts. East plays the ace, South plays the left and West takes the trick with the right. 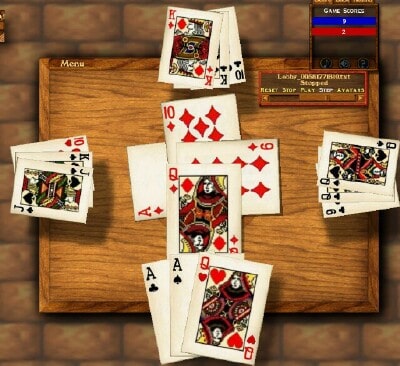 West then leads the ace of diamonds and it walks the board. Next he leads the king of spades. 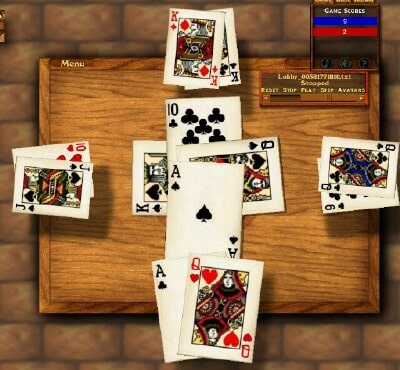 Now South gets into the act and takes the trick with the ace of spades, He then thinks. 'Gee, the dealer, after taking the first trick with the right, didn't lead back the king of trump but instead played the ace of diamonds. Could this mean my queen is the boss trump?' 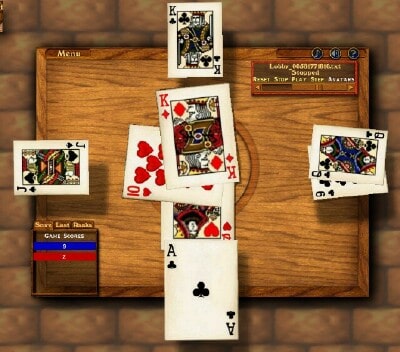 Well yes, it was and what started out as a block has turned into a point maker. Hands like this not only show the importance of a trump lead on a block but the importance of paying attention to what cards have been played.

Please note that the above examples are not permission to throw out the guidelines suggested in earlier lessons, but instead illustrates having the ability to adapt to the situation is an essential requirement for any euchre good player.