The Art of a Next call(aka Hoyle) page 4

'Reverse Next', a useful second seat, second round strategy

Calling next is a well-known strategy used in almost every euchre game. Reverse next is a lesser-known , but an equally important and powerful strategy. It is just one more tool in a euchre player's arsenal of tricks. Keep in mind, that winning at euchre takes a combination of skill, luck, and the use of the proper technique.

Just like next, reverse next is a strategy used in the second round of trump naming. However, whereas next is used by the non-dealing team, reverse next is used by the dealer's partner. Following the same logic as the next call, it assumes the dealer and his partner hold a strong suit in the color opposite to that of the turned down card. Therefore, if the dealer turns down a heart, and the first seat passes, the dealer's partner would call a black suit.

The minimum cards one should hold for this bid to work sufficiently well is a king and a nine suited in the opposite color of the turned down card. Although not necessary, an off-suit ace will dramatically increase the chance of success. Nevertheless, pay attention to the score and use your best judgment, because as with a next call, there are times when most general principles will have the possibility of a euchre.

Consider this example of reverse next : 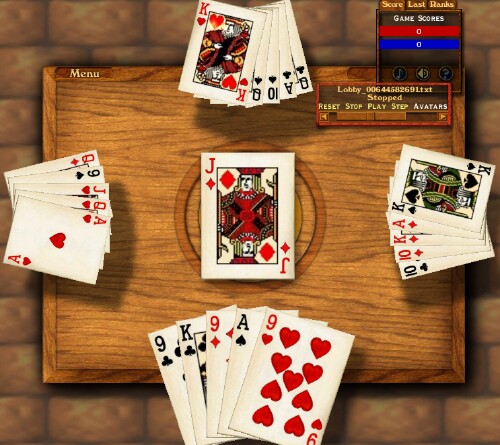 This is the first hand of a new game and I'm playing against new opponents. My partner (N) is the dealer and he turns down the jack of diamonds. East seat was hoping that he wouldn't pass but that was not to be. Now East has little choice but to pass. I passed. West passes, knowing he has a possible diamond lone call stopped. The dealer (N) passes as well. 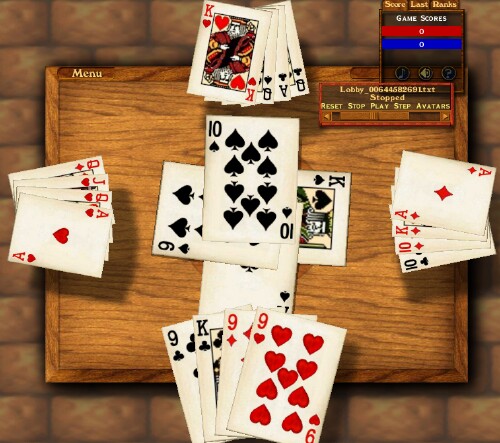 Going into second-round bidding, East again passes. I, sitting in South, think that because my partner turned down a red bower he must hold mostly black cards. Being a new game, a euchre won't really hurt us. Even though I knew I would most likely need two tricks from my partner, I named clubs as trump. Being a 'reverse next' call, it was a risk worth taking.
East starts by leading the king of spades. I play my ace, West and North seats follow suit. We now have our first trick. 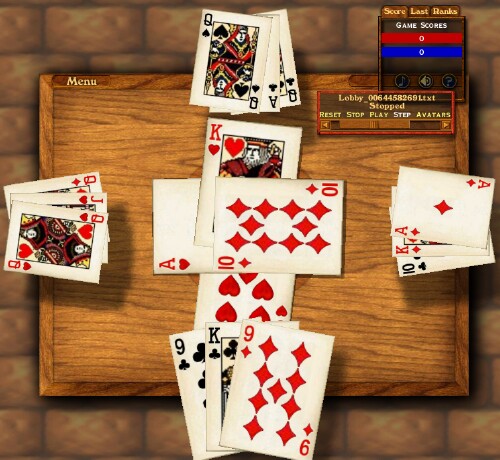 At this point I don't want to lead trump. This may ruin my partner's only chance of taking the tricks that we need. I think I'll try leading the 9 of hearts and see what happens. West plays their ace. There wasn't anything my partner (N) could do except to follow suit. East throws off the 10 of diamonds. Both teams have one trick. 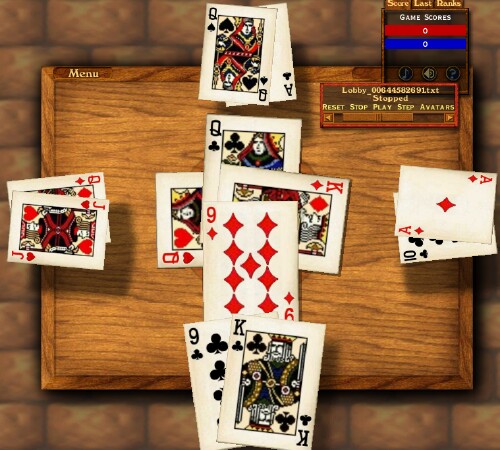 After winning the heart trick, West plays a second heart, the queen. My partner (N) trumps using his queen of clubs and takes the trick. There is no longer anything standing in our way, and the call is successful.


Reverse next is called from Second seat, Second round

Let me repeat: euchre is a combination of skill and luck. New players may confuse the latter for the former, but here is how it works: skill puts luck on your side. Knowing how, when and against whom to use calls such as next and reverse next are all part of a successful player's toolbox.