Once again, the wrong play may result in your team being euchred

While this hand does not come up very often, it is important to be able to recognize it and know what to do when it does appear. Here you lose the first two tricks to your opponents. Now you take the third trick. It is imperative that you take the last two. An Incorrect lead is often an invitation for a euchre.

Look at the example below:

The dealer(N) sits at the top of the screen. East seat passes and South orders the ace of hearts into their partner's(N) hand. The dealer(N) discards the king of diamonds.

East starts the hand by leading the ace of clubs. It walks the board the opponents have taken the first trick. 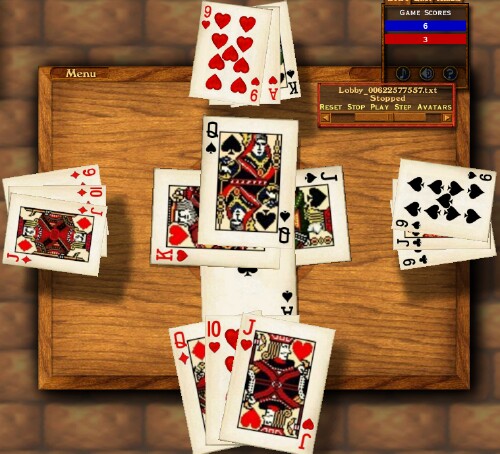 East now plays the jack of spades. The maker(S) plays the ace of spades, but West trumps in with the king. North has to follow suit with the queen. The opponents now have the first two tricks. One trump has been played.

East, still holds the left and is thinking about a euchre. He leads the 10 of diamonds, hoping his partner can take it. Fortunately, for the bidding team, North takes the trick with the ace of trump. This gives their team has their first trick. They team still need the next two. Now two trump are gone. 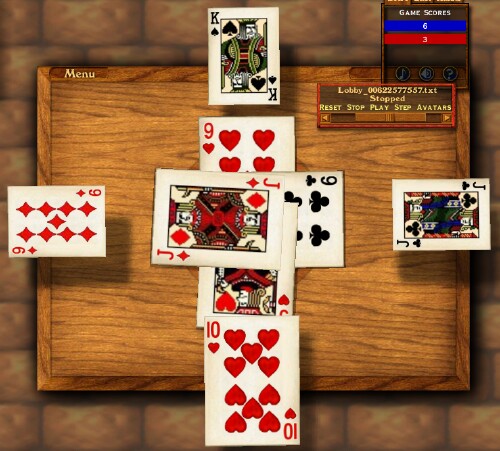 It is here where you have to realize that, because your partner(N) ordered you and has yet to take a trick, they must still be holding something in their hand. The fact that only two trump have fallen may be a clue as to what. Leading trump is the correct choice. Leading the king of spades would result in a disaster for your team.

Any time your partner has ordered you and your team has lost the first two tricks. If you get in the lead on the third trick, you must lead trump, passing control of the hand back to your partner.

What card should I Lead - 4th trick? Pg 1
Why is the fourth lead so important?

What card should I Lead - 4th trick? Pg 2
The reward for a correct play is extra points

What card should I Lead - 4th trick? Pg 3
Sometimes a trump lead on the 4th trick is correct

What card should I Lead - 4th trick? Pg 4
There is a rare third type of hand - 3rd lead

What Card should I Lead? page 1
Help me understand what card to lead

NEVER lead trump on defense, page 1
Until you learn when is the correct time


Not yet a member of our community?